Ice cream doesn’t usually spring to mind when you’re thinking about Thanksgiving desserts, does it? I get it. But I’m here to change your mind. This Pumpkin Pecan Ice Cream Pie has been in my family for years. And on a holiday table full of warm, comforting desserts, somehow this pie ends up being the one thing that disappears first. The Prince isn’t a huge pie fan, so he goes for this ice cream treat first. And my brother-in-law looks forward to it the most every year. It still has all of the yummy fall flavors that belong in a holiday dessert like pumpkin, cinnamon, nutmeg and pecans, just in a cooler and creamier package.

There are three parts to this Pumpkin Pecan Ice Cream Pie and making them is super easy. First, the crust. It’s made from graham crackers, crushed pecans and butter. I’m sorry, but what? Yeah it’s bomb. And it only bakes for 10 minutes. But you should let it cool completely before doing the next part.

The second part is plain old vanilla ice cream. Since we’re only using one pint, I’ll usually splurge for the Haagen-Dazs. But any vanilla ice cream will work. Make sure it’s nice and soft before you spread it onto the cooled crust. Then, let it freeze for at least an hour while you do other things around the kitchen.

The last part is the pumpkin layer, which you’ll make by beating heavy cream, pumpkin puree and spices together. Spread it on top of the vanilla ice cream and freeze it again.

A make-ahead dessert for a busy season

It’s so easy, and you can and should make it in advance. Cause honestly, the more things you can prep in advance of Thanksgiving Day the better, right? I promise that when you serve this Pumpkin Pecan Ice Cream Pie it will definitely be the most original dessert on the table. And I’m pretty darn sure your family will fall in love with it just like mine is. It isn’t Thanksgiving without it. Enjoy! 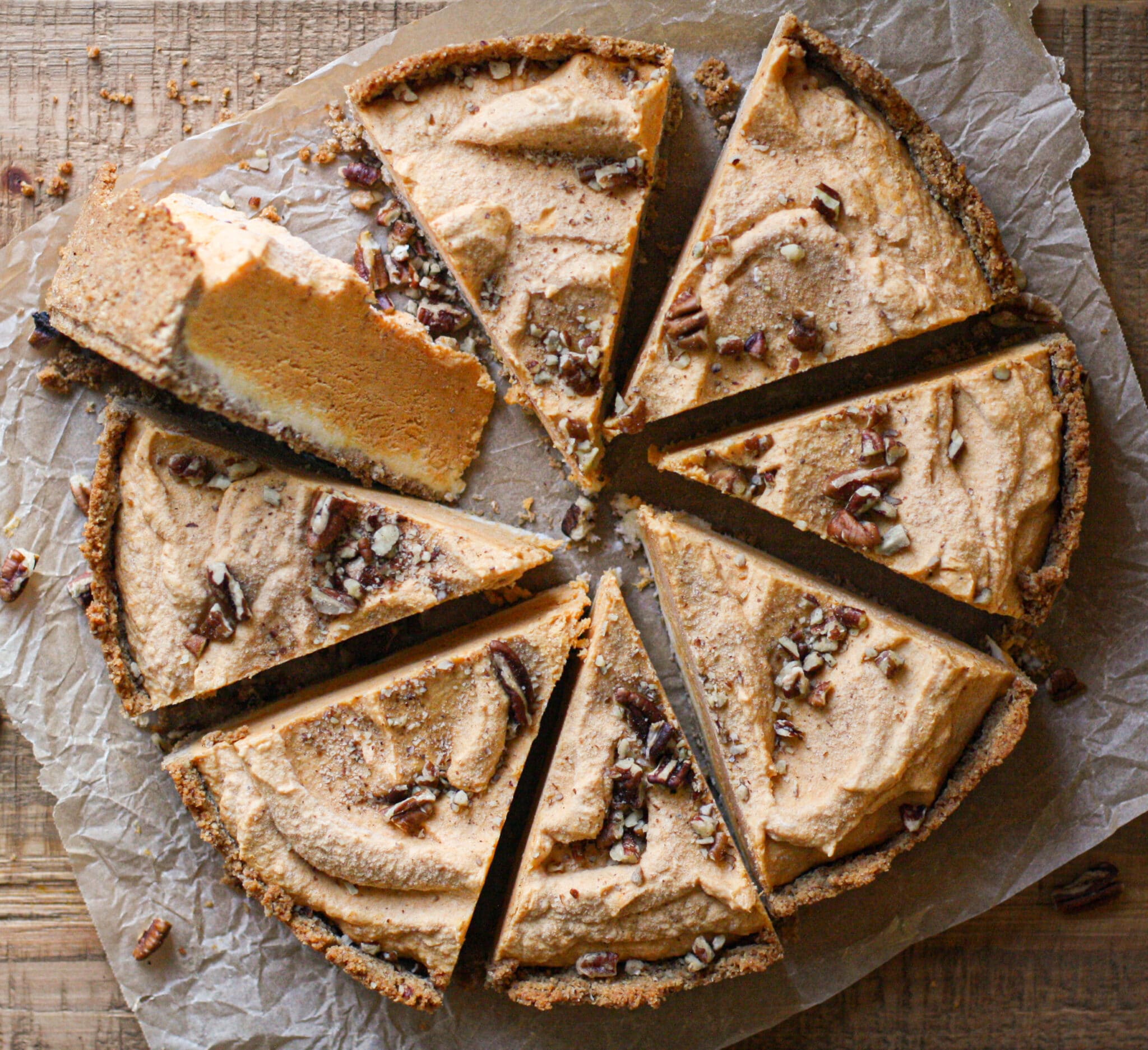 Keyword dessert, ice cream, ice cream pie
Tried this recipe?Let us know how it was!