If there was ever a dish that brings back vivid childhood memories, is steeped in tradition and is totally droolworthy, it’s Classic Potato Latkes. The Jewish holidays are big on symbolism, and because Hannukah is a celebration of a supply of oil that was only supposed to last for one night but miraculously lasted for eight nights, we celebrate by eating foods that are fried in – you guessed it – oil. So yes, we are actually mandated to eat fried foods. And yes, it’s awesome.

I remember the process of making these Classic Potato Latkes being a long one. My grandparents stood at the kitchen counter, each grating potatoes one by one on box graters. My mother would then fry the grated potatoes in peanut oil until they were golden brown and then set them onto paper supermarket bags that lined the countertops. They were crispy around the edges, warm and soft in the middle, with just the right amount of salt. We would happily attack the mountain of potato pancakes, taking several onto our plates, smothering them with sour cream or applesauce or sometimes both. The whole house smelled like a deep fryer, and would stay that way for several days after the celebration.

I wish my grandparents were around to see how much easier it is now to make these Classic Potato Latkes using the grater attachment of a food processor. This handy tool cuts the prep time by 80%. If you don’t have one, a box grater still works just fine, and allows for more family togetherness and memory making (looking on the bright side).

I have never wavered from my family’s recipe for Classic Potato Latkes. They are, hands down, the best latkes I’ve ever had. The only thing I’ve changed is the oil that I fry in. I find that using vegetable oil instead of peanut oil yields a lighter, more golden-colored latke. Everything else is the same as what generations before me have done.

How to serve Classic Potato Latkes

Sour cream is still my favorite latke topping, but if I want to feel fancy, I’ll add some caviar, smoked salmon or creme fraiche on top. A runny egg is also an awesome latke topper. You can really let your imagination run wild. But every year on Hannukah, just once, I will top my latke with applesauce. Because that’s how my Pop Pop used to like them. 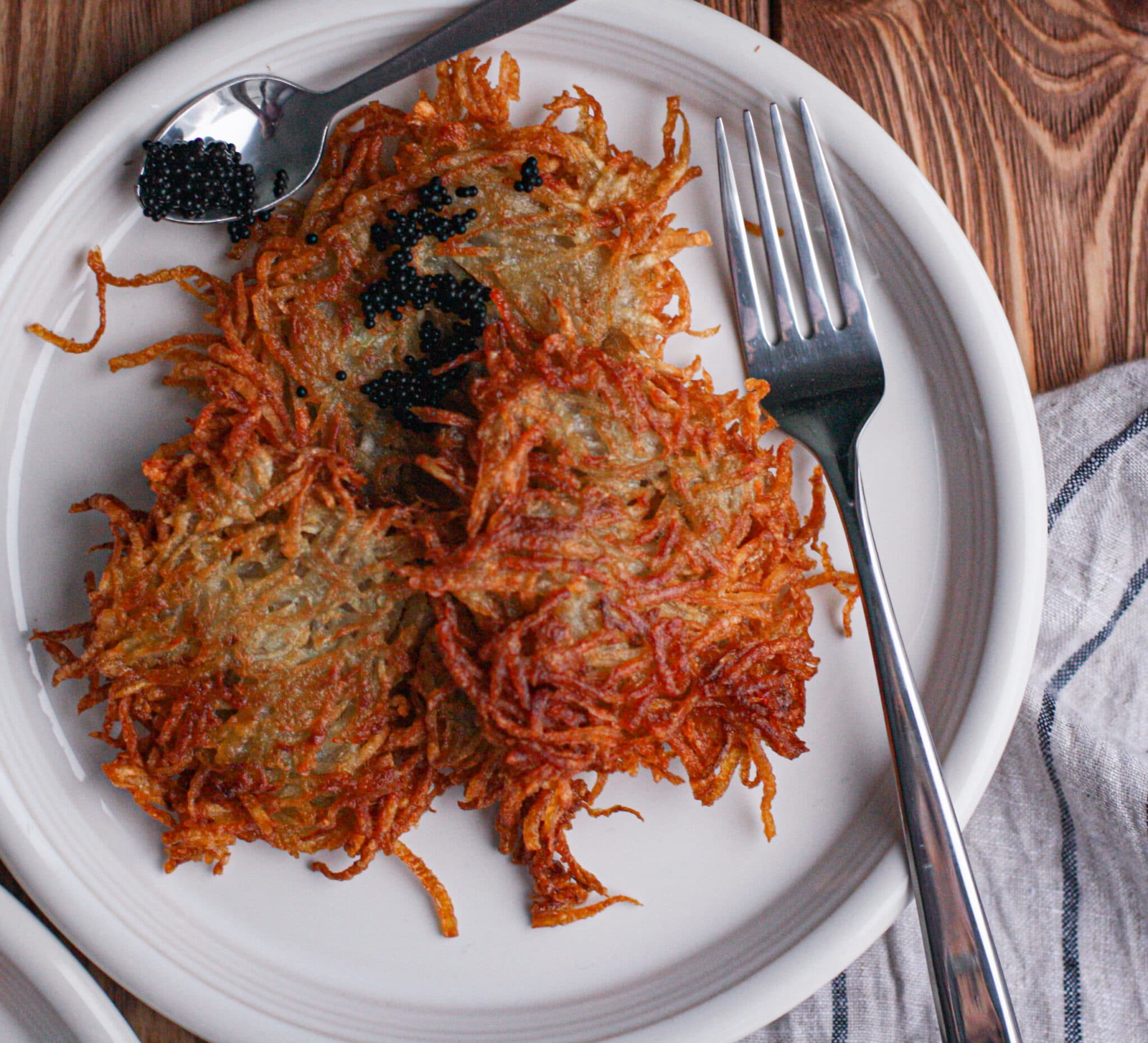 Keyword holiday, vegetarian
Tried this recipe?Let us know how it was!