The holiday season is cookie season, and we can’t get enough of it. Whether it’s a cookie decorating night, my friends’ and my annual Cookies & Wine night, cookie exchanges or holiday parties, there’s an opportunity almost every day to enjoy these Christmas delights. But what about the actual eve and day, what do you have for dessert? Our Christmas Day dessert is always the same – hot fudge sundaes with all the fixins. And we eat them on the couch while watching a Christmas movie. Sometimes if we’re feeling frisky we’ll throw in a couple of homemade chocolate chip cookies. Untraditional yes, but it’s our tradition. In fact, I don’t know many people who have cookies for dessert on Christmas. Are we all cookie’d out by then? Or maybe we just want something a bit more elevated. In that case, I’ve got you covered with this Caramel Gingerbread Trifle with Bourbon Cream.

This elegant dessert is easy to assemble and you can prep most of it in advance. It’s full of all the best flavors like cinnamon, nutmeg and ginger, layered between sweet, fluffy whipped cream and garnished with pecans, pomegranate seeds and gooey caramel. The whipped cream is my favorite part. It’s made with a little bit of sour cream which gives it a really cool tang and helps cut the sweetness of the sugar and bourbon. I’ve definitely been found eating the cream off a spoon while standing at the kitchen counter. Don’t judge.

This dessert is guaranteed to garner some oohs and ahhs when you bring it to the table. It’s just so pretty! I love when I get a chance to use my trifle dish. I use it to layer salads, dips, desserts… you could even layer a main meal. Visually, it’s just so pleasing. And using a trifle dish means you can usually make whatever you’re making in advance, which is good for nights like Christmas.

For this Caramel Gingerbread Trifle with Bourbon Cream, you can bake the actual gingerbread several days in advance if you want to. It’s a simple quickbread recipe that makes two loaves. I like a really generous appearance when I make this trifle, so I use both loaves. If you’re only feeding a few, you can certainly use just one loaf and save the other for another time.

So back to the prep: Once you’ve baked your gingerbread, on the day of, all that’s left is to whip the cream and do the layering. Store it, uncovered, in the fridge. Wait until you’re ready to serve it to put the caramel and garnishes on top, and you’re all set. In the rare event that you have leftovers, you can cover it and store it in the fridge for a few more days. Surprisingly, it keeps!

I hope your family will love this Caramel Gingerbread Trifle with Bourbon Cream as much as we do. I can’t think of a sweeter ending to a holiday. Enjoy!

Preheat oven to 350 degrees. Combine flour, both sugars, spices and salt in a large bowl. In a separate bowl, whisk eggs, oil, sour cream, molasses, ginger and vanilla together. Then whisk the water-baking soda mixture into the egg mixture.

Fold wet ingredients into dry ingredients until combined. Spray two loaf pans with nonstick cooking spray. Divide batter evenly between the pans. Bake for 30-35 minutes, until a toothpick inserted in the middle comes out clean. Cool before turning out onto a plate. Cut into cubes.

To make the bourbon cream, combine the heavy cream, sour cream, sugar and bourbon in a large bowl. Using a hand mixer, whip on high speed until stiff peaks form.

To assemble: Place a layer of gingerbread cubes on the bottom of a trifle dish. Top with 1/3 of the bourbon cream. Sprinkle some pecans and pomegranate arils. Repeat two more times, finishing with cream on top. Before serving, drizzle with caramel topping and garnish with the remaining pecans and pomegranate. 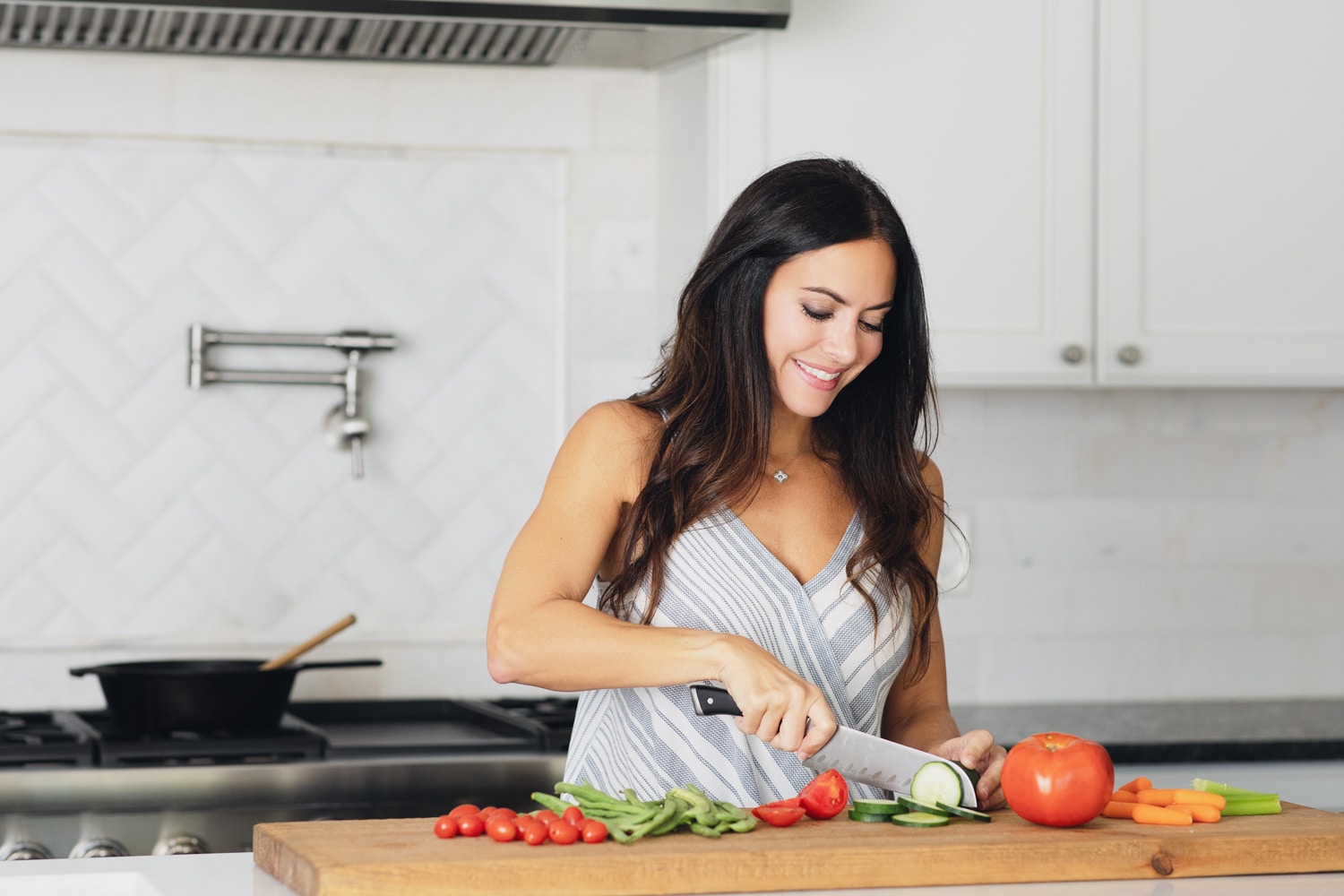 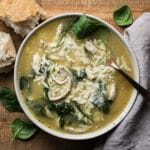 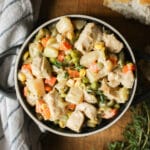 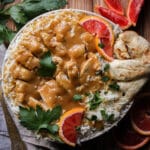 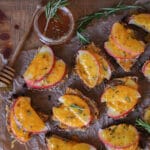 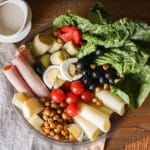 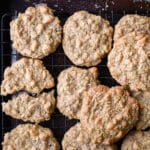 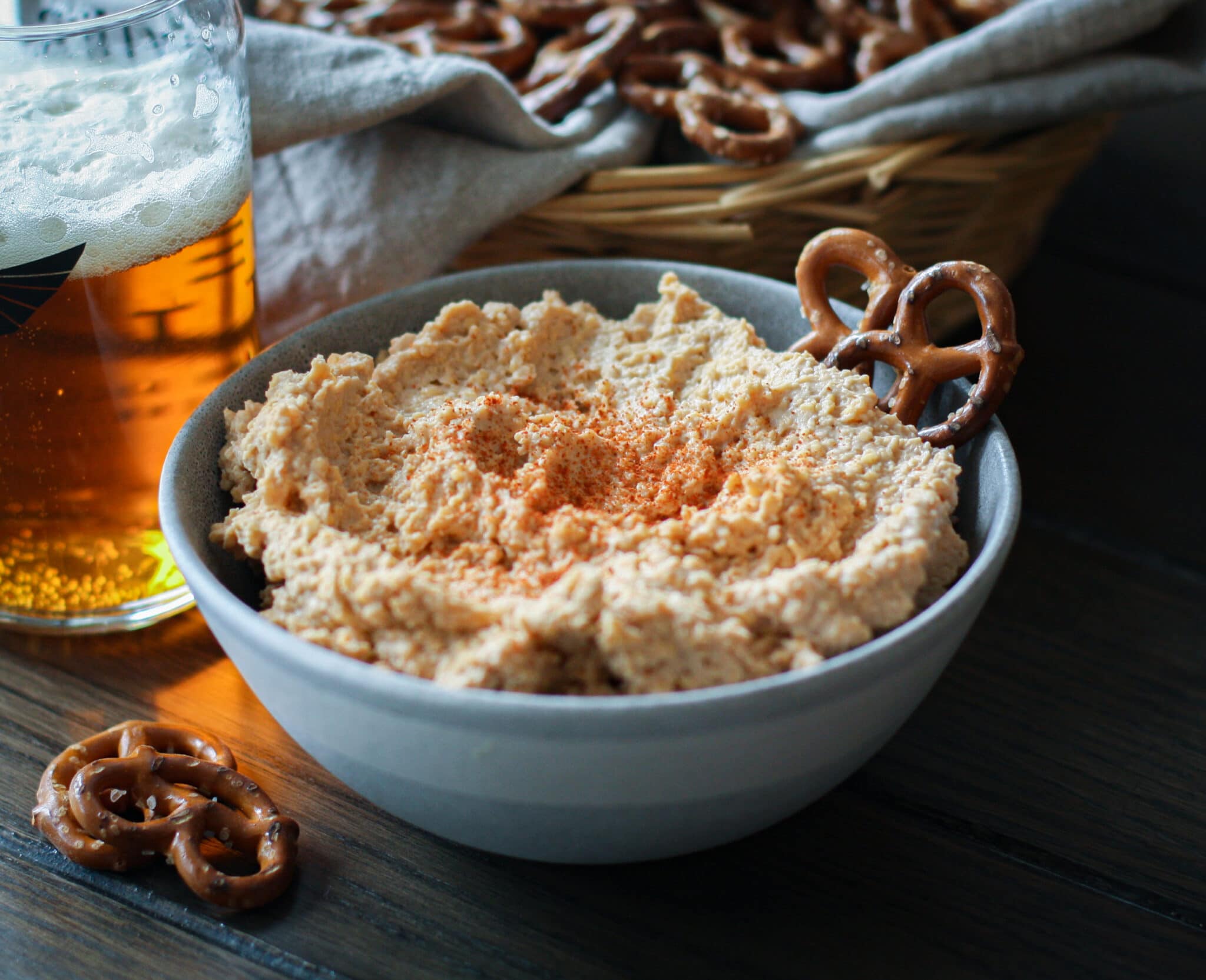 Sign up for our email newsletter to receive updates via your inbox.